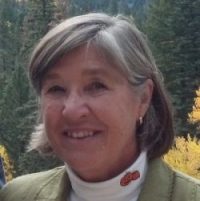 Cathie Erickson, former president of Washburn County Lakes and Rivers Association (WCLRA), has been appointed to the Wisconsin Lakes board of directors.  Wisconsin Lakes, formerly known as Wisconsin Association of Lakes, is a statewide non-profit organization working to protect and enhance the quality of Wisconsin’s 15,000 lakes.  The organization mobilizes citizens and lake groups as it works toward statewide solutions to challenges facing many lakes while also supporting local water resources protection efforts.

Cathie says she accepted the role in Wisconsin Lakes because it is important for more northern representatives to participate in determining statewide water policy and efforts to protect our waters.  She and her husband Gary have been seasonal residents in Washburn County for nearly 30 years and are now permanent residents of Stone Lake.  Her interest in water protection began with the Shoreowners of Stone Lake Association which led to her joining the WCLRA Board in 2002 and participating in the Wisconsin Lake Leaders program in 2010.

If you would like more information about the Wisconsin Lakes association or ways that you can protect your lake, contact Cathie at CathieErickson@gmail.com.

Beloved Loons Need Our Help
January 9, 2020
Board of Directors